Will Currency Ban Boost Sale of Refurbished Cars in the short run?

Popularly regarded as “the surgical strike on black money”, the currency demonetization drive initiated by the Indian government will impact different industries and sectors directly or indirectly. According to Care Ratings, the currency demonetization will affect sectors ranging from consumer goods and real estate to luxury goods and automobiles. And the automobile industry will be impacted “only to a certain limit” by the scrapping of older 500 and 1000 rupees notes. 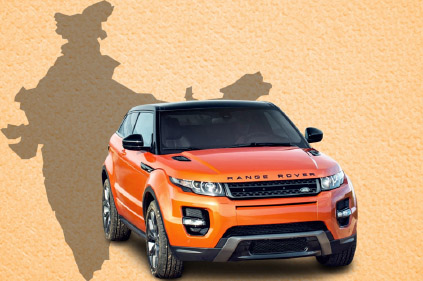 No Money, No Car?

Prime Minister Modi has requested people to give 50 days to end the hardship caused by currency demonetization. But analysts believe that the government will need several months to get all the old currency replaced with new 2000 and 500 rupees notes. Hence, the initiative will disrupt the money supply and demand for automobiles in the short run. A large number of customers are expected to buy refurbished cars instead of brand new cars till the money supply picks up again.

The currency scrapping will compel consumers to defer purchase of expensive and luxury goods. A large percentage of consumers are likely to defer purchase of SUVs and other luxury cars till the money supply is normalized and the money shortfall perception reduces. These consumers will look for inexpensive ways to procure and drive their dream vehicles. Hence, many consumers will opt for refurbished luxury cars over next few months.

Decline in Prices of Used Cars

The refurbished car market in India is an unorganized sector. In this scenario, most dealers will find it difficult to hold on to their inventory of refurbished cars for an extended period of time and so will seduce customers by providing discounts and lucrative offers. Pretty soon, buyers will be able to buy refurbished cars of their dreams at a much lower price and the fall in the price of refurbished cars will make them popular among honest tax payers.

At present, government has imposed restrictions on cash withdrawal for a temporary period of time. Hence, consumers will use available cash for emergencies and buy cars through various cashless options, including cheques, demand drafts, cards or mobile payment systems. The very nature of these payment modes will reduce the number of dishonest transactions. Though this might immediately have a negative impact on the number of purchases, in the long term, it will even out.

Unfortunately for the new car market, the next few months, being a festive period, is traditionally a high-purchase period. To get over the dip in interest and sales, most auto manufacturers have already started offering lucrative deals. However, the refurbished car market, which is almost double the size of the new car market, is all set to show an upward swing in the short run. The fall in prices of used cars, combined with the unwillingness to invest money in expensive new cars, will push more buyers towards this market, specially in the high-end segment.