Vintage Wheels on an All-India tour?

The History of the Vintage Car Movement

It was way back in 1963, when India’s first Prime Minister was still in office that Roni Khurshedcher Khan, a young lad of sixteen, had the ingenious idea of starting one of the first vintage car clubs in the entire subcontinent.

Run from his own residence at Malabar Hill in Mumbai (Bombay, back then), the Vintage Car Club of Bombay pioneered a vintage car movement that has not only survived, but flourished for more than half a century

A passionate vintage automobile enthusiast himself, Roni strongly advocated enlisting government support for preserving the invaluable heritage of vintage cars in India. While the vintage car movement has managed to find audiences and participants over the years in cities across the country such as Pune, Jaipur and Delhi, among others, it still holds a strong connection to its roots back in Mumbai.

About a fortnight earlier, on the 11th of February, 2018, the MOTUL Vintage and Classic Car Club of India (VCCCI) flagged off the rally for vintage and classic cars and bikes from the Horniman Circle Garden in Southern Mumbai at 9am. Over two hundred and thirty cars and bikes, from as early as 1903 to as late as 1980, were featured as part of the rally. These vintage beauties sped across the city, manoeuvring the path from Colaba to Marine Drive and further from the Worli Sea Face, ending finally at the luxury hotel Sofitel in the commercial Bandra Kurla Complex. The rally featured classics from automakers such as Ford, Daimler, Rolls Royce, Bentley and Cadillac, although the star attraction of the rally was also its oldest one, a 1903 Humber owned by Abbas Jasdanwalla. Another attraction at the rally was the classic bright yellow coloured Volkswagen Samba Bus, with its more than twenty windows and two pivot doors. As the car and bikes drew the attention of the pedestrians, the excitement among the admirers grew with many of them posing for pictures alongside these beautiful machines. These vintage cars are sure to have increased the aesthetic appeal of many Instagram accounts in the city, in the course of the rally. 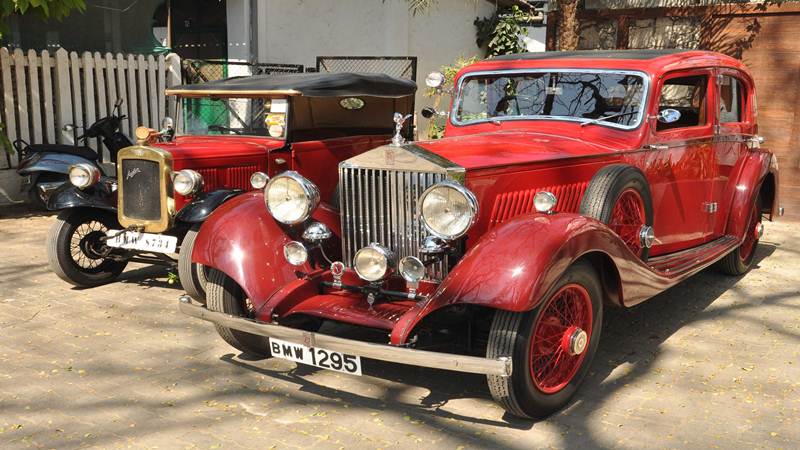 At around the same time, more than a thousand kilometres away, in the capital city of Delhi, the 52nd Statesman Rally Vintage and Classic Car Rally, one of the oldest running car rallies in the country, was flagged off from Statesman House in Barakhamba Road and navigating across the entire city, ended in the Dhyan Chand National Stadium near India Gate. Featuring cars from states across the country, this rally, first organised in 1964, had star attractions such as the 1930 Studebaker and a 1947 Buick. However, while India has been host to even International competitions of elegance, such as the 21 Gun Salute International Vintage Car Rally and Concours Show, 2018, with automobiles from countries as far away as the USA and Australia, the country is yet to host a pan-India Vintage and Classic Cars Rally event. 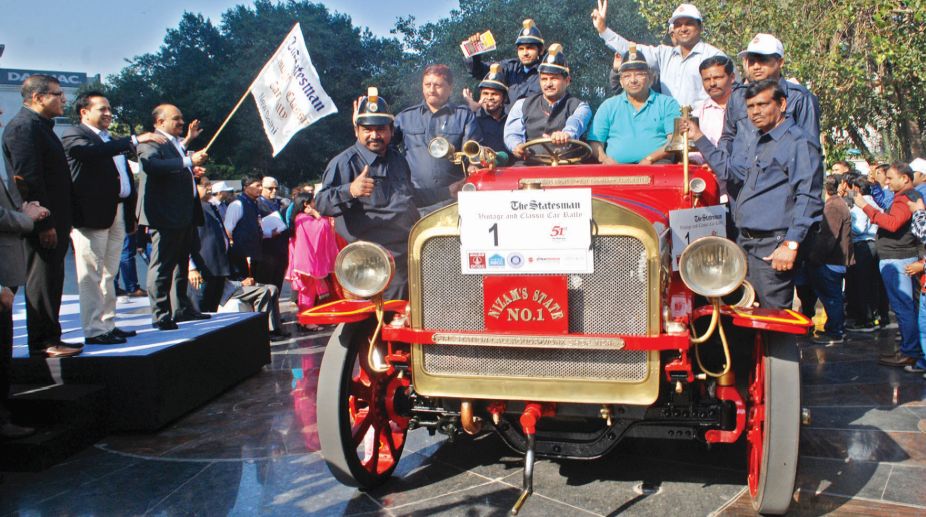 India has had a strong historical bond with vintage cars, with many of the Maharajas of the formerly Princely States having had a penchant for them. Their future generations have maintained this tradition, taking part in vintage car rallies across the country.  Vintage cars from the cities of Ahmadabad, Chennai, Delhi, Kanpur, Mumbai, Jaipur, Nagpur, Pune and Udaipur, amongst others have participated not only in vintage car rallies in different parts of the country, but in international events as well, prompting the debate over the need for a pan-India Vintage Car Rally, uniting vintage car lovers across India. As automobile enthusiasts and admirers of art and history, we all hope that we get to see one very soon!

Keeping your car safe this Holi Auto Expo 2018: The Future has arrived!