The World Car Awards (WCA) is one of the most exclusive and recognized awards in the automotive sector, especially as it is organized by automotive journalists from across the world. Initiated in 2004, the WCA includes journalists from Asia, Europe, and North America. Cars from all over the world enter these highly prestigious awards. A panel of renowned global design experts review each candidate and come up with a short-list for the jurors.

The 2017 World Car award winners are scheduled to be announced at the New York International Auto Show in April 2017. The process has already been initiated, with the jury members’ names announced in July 2016. 75 well-respected automotive journalists from across the globe comprise the jury. Over the last few weeks, the nominees for the 5 award categories were also announced – World Car of the Year (WCOTY), World Car Design of the Year (WCDOTY), World Luxury/Performance Car, World Urban Car and World Green Car.

The next few months will see the jury test drive all the nominated cars. Between January and February 2017, it will be a hectic round of drives, reviews, summarisations, short-listing and final voting. The top 3 finalists will be announced in the Geneva Auto Show, followed by the winner announcements in New York.

Nominees for this year’s awards were announced in October 2016. Audi and Kia are the leaders for the WCOTY, with 3 nominations each. The nominees include cars from Audi, Buick, Chevrolet, Honda, Jaguar, Kia, Mazda, Skoda, Bentley, BMW and Mercedes, amongst others. The test drives promise to be enthralling for the jury, with the wide range of high-performance cars on the list.

All eyes are on Mazda this year; this Japanese carmaker won 2 big awards in 2016 and is hopeful of repeating the feat. However, with environment the latest buzzword and saving the environment a top priority for all automakers, the World Green Car category is also being keenly watched. 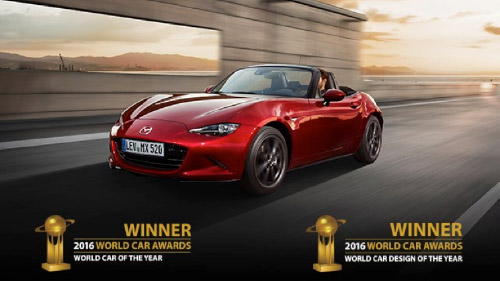 Months of hard work by the jury members, including drives and evaluations, will culminate in a glittering award ceremony at the New York Auto Show, where the winners will be announced. The award functions are attended by the crème de la crème of the automotive industry, with manufacturers and marketers waiting for the results of the keenly fought contest with bated breath.

Though no manufacturer from India has made it as far as the WCA, auto enthusiasts in India are excited nevertheless about this high-profile event. At Truebil, we will keep you posted about the event, so keep checking to know more.