The Spy Who Loves Cars: The Best Bond Cars of All Time

There are a few things synonymous with the suave Bond persona, such as the Walther PPK semi-automatic pistol (used by him in as many as 18 Bond movies), some unconventional yet also really cool gadgets provided to him by the Q branch, and ultra-modern or even futuristic looking cars that have been, more often than not, armed to the teeth. Although Bond has many a time been dubbed as an Aston Martin guy, there are quite a few other cars as well that have helped him chase down bad guys or to get out of tight situations.

The legend of the Bond cars had a very modest beginning, with the Sunbeam Alpine Series II being Sean Connery’s preferred mode of transport in the movie ‘Dr. No’ (1962). While the Sunbeam is absolutely gorgeous to look at, it is no machine-gun or missile equipped mean machine, with a 1.6 litre engine that churned out a decent 80bhp of power. From then to now, the Bond franchise has featured some of the most outrageously equipped cars as wheels for the world’s favourite British spy. Here’s a list (and certainly not an exhaustive one) of some of our favourite Bond cars of all time.

Although not the very first car to be used by Bond, the Aston Martin DB5 is perhaps one of the most recognised ones in the franchise. Being seen for the first time in the movie ‘Goldfinger’ (1964) and then in many more, the Aston Martin DB5 was the first Bond car to be weaponised by the Q branch, with machine guns, bullet-proof glass, and even an ejector seat (cause you can never be too sure with Bond)! 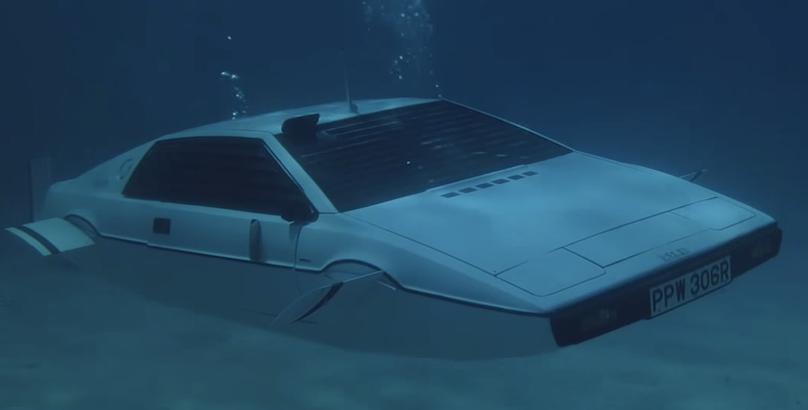 This one is certainly a fan favourite. Seen in the movie ‘The Spy Who Loved Me’ (1977), the Lotus Espirit seemed perfectly normal, even for a Bond car, till Roger Moore decided to drive it off a pier and into the Mediterranean sea below, turning it into a fully-functional, rocket-equipped submarine. If that doesn’t personify the Bond image, we don’t really know what else could.

Bond got a makeover with ‘The World Is Not Enough’ and so did the entire franchise, complete with the guns, gadgets and the cars. One look at the BMW Z8 and you’ll know why it would be a modern-day Bond’s pick of the litter. Not exactly the best car to drive (BMW being the automotive sponsor didn’t really leave the producers with much choice), the Z8 certainly looks its part though. And in the hands of Pierce Brosnan, this is as much a Bond car as anything else. 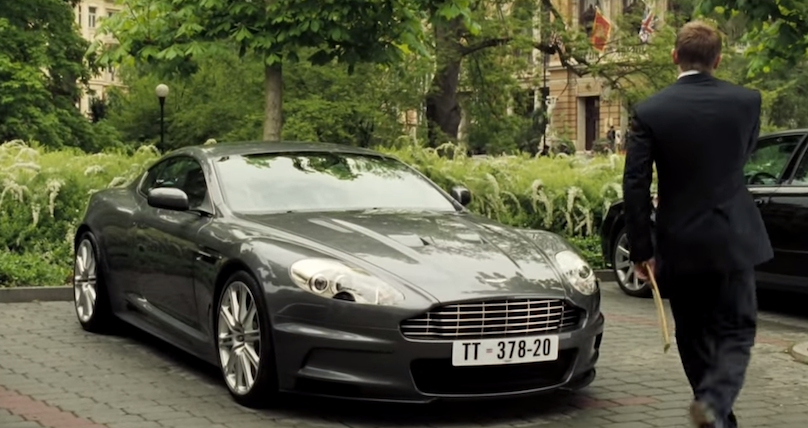 The Bond movie that the Aston Martin DBS made its debut in was a watershed in the history of the Bond franchise as well, signalling a very fresh, unconventional portrayal of the British MI6 agent with Daniel Craig in ‘Casino Royale’ (2006). This powerhouse of a car holds a Guinness record as well, for having been barrel-rolled into a field for the final car chase sequence of the movie. Now here’s a car worthy of being piloted by the strapping new Bond.

Timothy Dalton may not be the most famous Bond, but he can certainly be credited for bringing the Aston Martin back on the scene as a Bond car in ‘The Living Daylights’ (1987), a movie that was also his debut in the Bond franchise. The Vantage didn’t waste any time and got back to serious business, incorporating almost all the features the earlier Aston Martins had viz. guided missiles, bullet-proof glass and all that jazz (the ejector seat was given a miss though, cause who in their right mind would want to leave this car behind anyway). This Bond baby is certainly a beaut.