The Next Generation in Automotive Communication – Google Android Auto

Google’s parent, Alphabet, recently released Google Android Auto at its annual developers’ conference. Aiming to bridge the gap between a user’s mobile device and the car’s built-in infotainment system, the Android Auto A will act as an interface.

A user can simply connect his mobile device to the car through USB, and access a myriad of Android apps on the in-car display. Alphabet’s newly formed partnership with major automobile manufacturers will help integrate Android Auto natively into selected models of cars, so users can soon buy cars that allow them to access Android Auto even without using their smartphones or tablets.

All you need to know about Android Auto

Android Auto enables users to access a variety of information directly on the car’s dashboard. Also, users can avail relevant information by organizing data as simple cards. A simple click on a specific card will provide access to the desired information.

A Myriad of Android Apps and Services

Android Auto enables users to access their favourite Android apps while driving the car. Based on preference, a user can access popular apps like Skype, Pandora, Textme, iHeartRadio, Stitcher Radio, and Contacts+. Google Maps can be used for lane guidance, live traffic information, and voice-guided navigation. 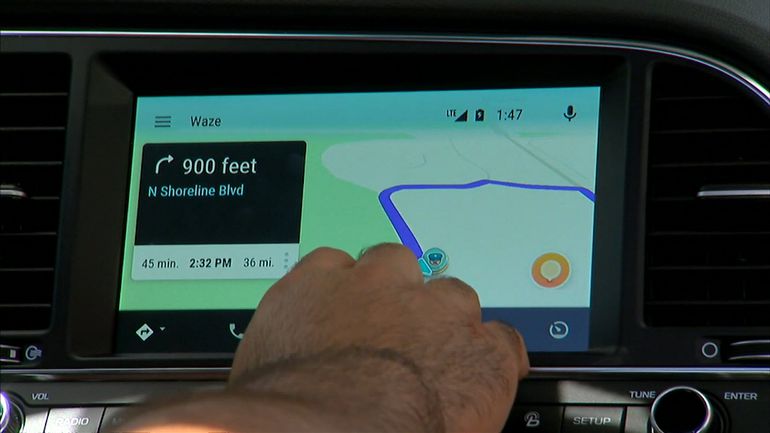 Alphabet has included a number of features in Android Auto to enhance the car’s built-in infotainment system. It also allows users to access Google Play Music for the first 90 days. Hence, you can choose from over 30 million songs. Also, you can access the radio through specific Android apps.

Android Auto enables users to make/receive phone calls and send/receive text messages while driving their cars, through voice commands. The voice commands enable users to access apps and entertainment options smoothly without taking their hands off the steering wheel.

Alphabet has included several features in Android Auto to provide infotainment to users with minimal distractions. It comes with integrated steering wheel controls, an intuitive user interface, and voice action support to make use of apps and access information while focusing on the road. For enhanced security and safety, Android Auto does not allow users to tap the screen more than six times while driving.

According to data released by Alphabet, currently more than 50 brands and 200 new car models support Android Auto. The company plans to further integrate Android Auto with dashboards of selected car models. Its open source nature makes it easier for automobile manufacturers to customize Android Auto according to their precise needs without any hassle or restrictions. Thus, it seems like a matter of time before Android Auto outgrows the need of mobile devices for being accessed. So even if you forget your mobile phone at home, you can still access Android Auto!