The future of imported cars in India

The internet and the vast reach of social networks have made it easier for us Indians to gather information about cars manufactured in various countries. We are especially interested when the car of our dreams is not available in India. However, buying a foreign car is not as simple; we can only import a car that complies with the requirements of Central Motor Vehicles Act of 1988. Moreover, these cars can be imported only through the Indian customs ports at Chennai, Kolkata, or Mumbai (Nhava Sheva). And while the price of the car itself looks pretty reasonable on the search engines, the final cost becomes hefty by the time you actually have to pay for it.

So What Makes Imported Cars Expensive?

Even though the listed price of all these cars on foreign soils is quite low compared to India, by the time they arrive on Indian roads, the price inflates to unrecognizable levels. Now, there are multiple reasons for this.

The profit margin of manufacturers and dealers differ across countries, models and price ranges. But it’s significant to note that each manufacturer or dealer has a higher margin on luxury cars. Effectively, when you import a foreign car, you have to pay higher manufacturer and dealer margins. In addition to the higher margin, the importer also has to bear the cost of transporting the car to India. The seller will package and transport the car in the most effective way. Hence the added transportation cost adds on to the original price.

You will need to pay a multitude of taxes based on the category and price of your imported car. The excise and custom duties are a percentage of the purchase value of the car and the only way to reduce these charges is to import a used car. All these taxes and duties make the importer spend a lot more in addition to the original cost of the imported vehicle. 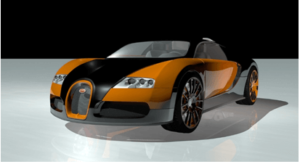 Why the cost of importing a car may fall in the near future?

Experts believe that the cost of importing a foreign car to India may show a downward swing in the near future. The reasons are manifold.

2. Many international car manufacturers have announced their plans to make India their export hub as part of the “Make in India” initiative. While leading manufacturers like Volvo and Volkswagen-owned Scania have already set up manufacturing facilities in Karnataka, several American and European automakers are planning to set up manufacturing facilities as well. This will reduce the production cost and taxes on these luxury cars and we can use these foreign cars without importing them, thus reducing the price we have to pay for them.

Considering that the total on-road cost of a car is more than double its listed price overseas, most of the times it may not make much sense to buy an imported car. Unless you are a true car lover and have set your eyes on a particular model that is not available in the country and you are willing to pay a premium for it.