Hyundai’s i10, India’s top selling model since its entry in 2014, has had a facelift and the much-awaited 2017 Grand i10 has been launched. Hyundai Motors has been proactive in responding to the customer’s insights and understanding the sensibilities of the competitive automobile sector, introducing the upgraded version with stylish touches. The timing of the 2017 grand i10 launch has been planned to coincide/pre-empt the arrivals of potential models of other cars in the same segment. Considering the competition in this segment, we decided to take a thorough look to find out if Hyundai has actually come up with some radical changes or if it’s the same old version jazzed up a little. 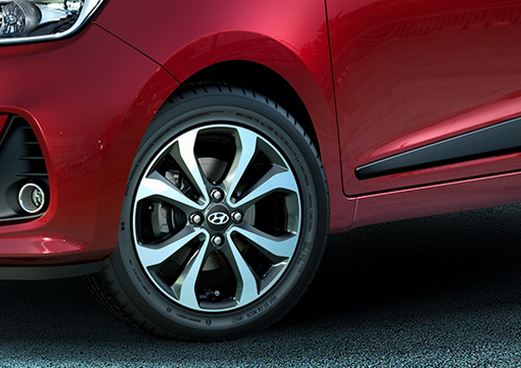 The new LED Daytime Running Lights (DRLs) bestow a new look to this popular hatchback. The new 14-inch diamond alloy wheels accentuate the sporty look of the car. The new rear dual-tone bumper and the cascade design grille seamlessly integrate with the design of the car. Overall, adding a sense of style that is not seen in this segment. 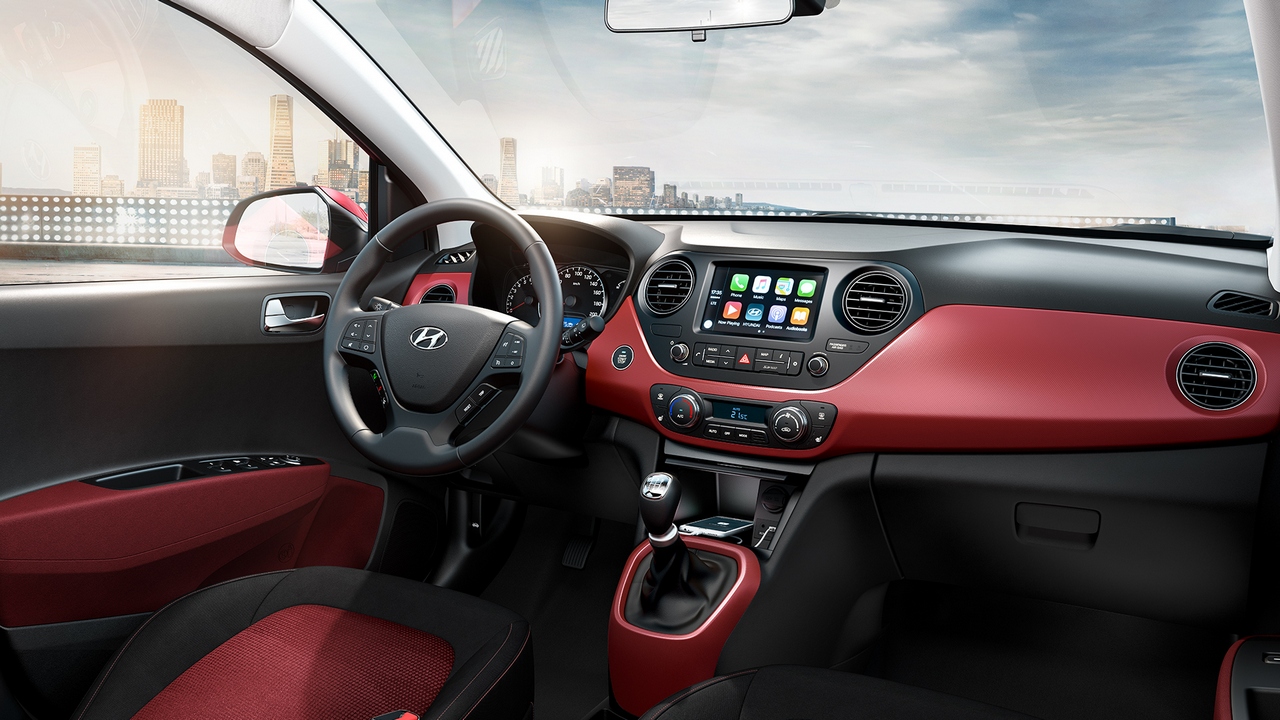 Keeping up with the advancement in technology, the new Grand i10 is fitted with a 7-inch touch screen infotainment system with voice recognition and a rear-parking camera. The voice command feature adds to the convenience. The icing on the cake is that it supports both Android Auto and Apple CarPlay. You have the privilege of converting your entertainment system into a phone and access apps while on the move.

The upholstery has also been refurbished with trim colours and the car comes with automatic climate control and rear AC vents for the passengers. The dual airbags and ABS up the safety quotient of the car.

The 2017 Grand i10 is offered in both petrol and diesel variants. While the 1.2 litre Kappa petrol motor remains unchanged, Hyundai has loaded the new Grand i10 with a new 1.2 litre second-generation U2 Diesel engine. The tuned up engine fits in well with the 5-speed manual transmission making driving a comfortable experience. The 4-speed automatic transmission continues to exist only for the petrol variant. The new model promises a better fuel efficiency than the existing ones, but this has to be yet tested.

Competitively priced in the range of Rs 4.58 lakh to 7.32 lakh (ex-showroom, Delhi), the entry-level petrol variant is more affordable than the earlier models.

Hyundai i10 is a practical car for city driving and the new version complies with the norm. However, the loaded features are assimilated only in the top end “Asta” variant, which will burn a hole in your pocket, and hence, does not really fall into the lower price segment.

In keeping with the evolving market demands, Hyundai has responded well with a new variant that comes loaded with updated features. The new 2017 Grand i10 has enough new features and definitely justifies the price it commands. With the design upgradation, the 2017 Grand i10 holds an edge over the likes of Maruti Suzuki Ignis, Swift and Tata Tiago.

Identifying hidden costs while buying a refurbished car Is Tata Motors Set to Usher in Age of Connected Cars In India?