Tata Targets the Future with its EVision

Tata Motors certainly caught the attention of the world when it revealed its Electric concept Sedan Tata EVision at the Geneva Motor Show 2018.  EVision is the recent addition to the Impact Design 2.0 language lineup after the Tata HSX and Tata 45X.

The Impact Design 2.0 has brought about significant changes in the cabin of the latest Tata cars, improving the ergonomics, giving it a better build and a cleaner look. The exterior has also undergone a makeover with superior wheel sizes and eye-catching colours.

In fact, the interior of EVision compliments its exterior very well. The first noticeable change from today’s modern cars is the missing central console that gives the interiors a lot of extra and comfortable space. The dashboard is edgy and elegant at the same time. The Infotainment unit slides out when called for and is totally a tech lover’s dream. But what makes the car futuristic is the increased focus on the human–machine interface along with Cloud computing, geospatial Mapping and other features which also include the ADAS (Advanced Driver Assist Systems). 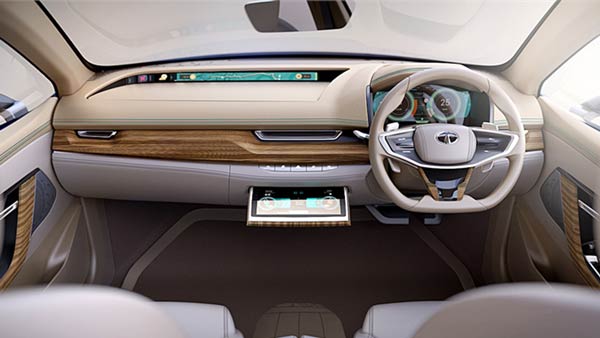 OMEGA (Optimal Modular Efficient Global Advanced) ARC platform forms the basis of EVision. It also carries the now-famous Humanity Line identifiable with the latest breed of Tata cars. The headlamps and the grille are merged together with the grille being embedded by 4000 LED pins to spell out the contemporary tri-arrow feature of Tata. The minimalistic look has been further accentuated by the wipers that have been camouflaged nicely.

Though Tata has not unveiled any specifications on the battery that powers this electric powerhouse but what has been revealed is that the EVision has a sub-7 second 0-100kmph time and an impressive top speed of 200kmph. Tata has also revealed that the EVision can cover a distance of 300 km on a single charge. 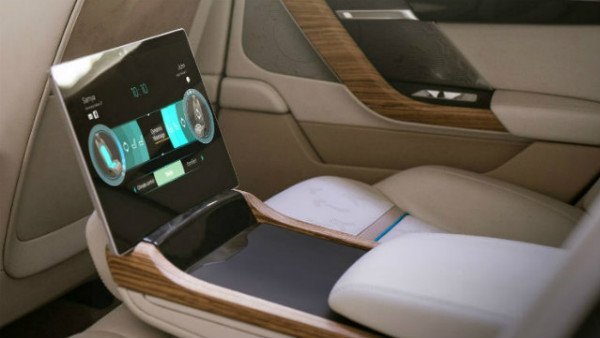 With fuel conservation and fuel efficiency being the need of the hour, this concept sedan from Tata certainly can be touted as the Drive of the Future. Here’s hoping that the production model can live up to this dream.