Petrol or Diesel – Which is a better option for buying a used car?

To buy a car is no easy task. In fact, there are so many models and variants available in the market today that it is almost impossible to fix your mind on one car. Additionally, the decision to go for a petrol or a diesel version might leave you completely overwhelmed . But don’t worry. This is where truebil.com can help. A quick recommendation from seasoned car experts of Truebil can go a long way in letting you make an informed decision. Learn more below:

2. Cost of fuel: In India, the Government has subsidized the cost of fuel and consequently, at present, the cost of diesel is cheaper than that of petrol. But once the Government removes the subsidies, there will not be much of a price difference between the two fuel variants. So according to the rates prevailing right now in India, buying a petrol car will help you save on the upfront money paid. But unfortunately, since the recurring expenses of a petrol car is more, you will spend almost the same amount that you save initially, in a couple of years or so. 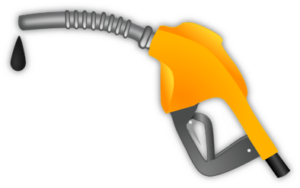 3. Mileage: For the same distance covered, a diesel car will consume lesser fuel as compared to a petrol one. But the fuel consumption will also depend on the monthly running of the car and the city that you reside in. For instance, a city like Delhi or Mumbai may show a higher monthly running than some smaller cities. In general, it is believed that if the monthly running is more than 1200 or 1500 km, it would be more sensible to go for a diesel than petrol car.

It is always wise to study every detail and feature of the car that you have decided to purchase. This is more so in the case of a used car. A great way to go about it is opting for the Truebil advantage and let the team used car market experts personally guide you to make a foolproof decision. Buying a vehicle is a huge investment; make sure it’s the one that takes you on a joyful ride.

5 Benefits Of Buying A Slightly Used Car Loans for used cars: Everything you should know about it