Kia Motors has been teasing the Indian automobile enthusiasts for quite a while now. Ever since its announcement about the signing of a MoU with the Government of Andhra Pradesh, car lovers in the country have been waiting with bated breath for any further news from the company. And finally, it seems Kia is ready to introduce India to the high-tech as well as affordable cars that this second largest automobile company of South Korea is known for its.

Kia, partly owned by Hyundai, is taking a bold step into the cluttered Indian car market. A manufacturing plant is set to come up in the Anantapur district of AP; the construction is expected to commence from September 2017. The mass production and sale of cars is set to start from the latter half of 2019. The company is planning on a series of roadshows from August to enthuse prospective dealers and energise the segment. The road shows are set to take place in Mumbai, Kolkata and Bangalore. The Delhi leg of the road show was held on 18th August, 2017, featuring seven of Kia’s cars. These cars were the Picanto, Sorento, Niro, Sportage, Optima and Cerato. A website has also been set up by KIA for the India launch and provides more details about the road shows.

Post the Delhi roadshow, the company will move on to the other big cities, and depending on the response, will decide on the final range of cars to be launched in India. Though Kia is yet to reveal its complete line-up for India but the company has stated that the starting range will include two vehicles – a compact sedan and a compact SUV created especially for the Indian market. 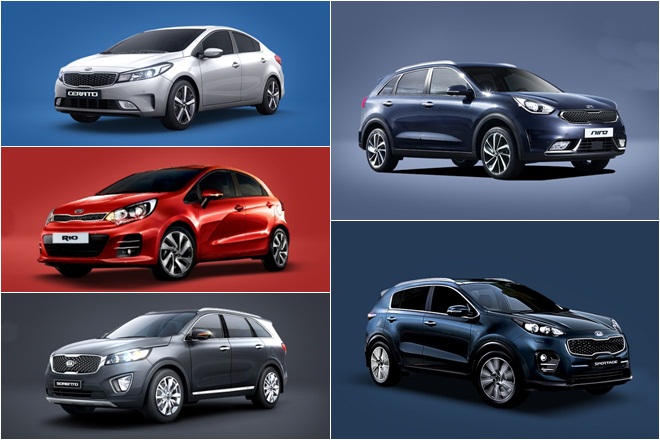 In Delhi, the Picanto, a hatchback, was received with much enthusiasm. The Rio hatchback also saw positive reviews, though it seems unlikely that the Rio hatchback will be introduced in the country. From amongst the SUVs, Kia showcased the Niro, Sportage and Sorento, but is most likely to launch the Stonic crossover before the others. A worthy rival to Creta, it’s expected to put up a tough fight once launched.

The brand slogan being “the power to surprise”, Kia will be doing just that as it finds a foothold in the country. The company does realize that it needs to be unique and different from Hyundai, which is its part owner, if it needs to make a niche for itself here. The strategy for marketing is targeted at the youth who are energetic and sporty. Therefore, the global association of Kia with soccer, tennis and basketball will be carried through in India as well.

HOW WE WENT FROM ‘GRAINS TO GAINS’ NissanConnect: The Future at Your Fingertips