HOW WE WENT FROM ‘GRAINS TO GAINS’

We at Truebil had only a speck of sand, with ideas that are bullet proof and experience that counted. We set out with these to make videos that really meant something to us and to our targeted audience.

We started with a budget allocated for video marketing which was as limited as 10 lakhs for one quarter. We found out that short duration videos are the next big thing, and we let it fill our sails. While other companies chose to invest in other mediums such as radio, print media and so forth (which entailed quite a lot of cost), we went forward with producing videos and marketing them on social networking sites that earned us the highest engagement at a minimal cost. Our website visit reached 1 million while the engagement rate shot up to 3 million which included likes, views, comments and shares. Now let us talk sales, so what did we actually gain from all those numbers: with 3000 registered users the number of cars sold were 30 units and our gross sales reached a total of 1crore.

THE ROLE PLAYED BY INTERNET IN OUR ENDEAVOUR

With the recent growth and development of 4G internet, precisely with the launch of Jio, we cannot get enough of our favourite videos or games; be it on a short break from monotonous classes or keeping the boredom at bay in a traffic jam, videos are undoubtedly our best pals. In 2017, the digital world took a sharp turn. Operators such as Airtel, Idea and Vodafone started rolling out 4G services widely, which saw a distinct increase in the number of videos watched. Let us see exactly how these videos and the internet in general influence business. So here’s how the digital world function with all its tricks and traits. 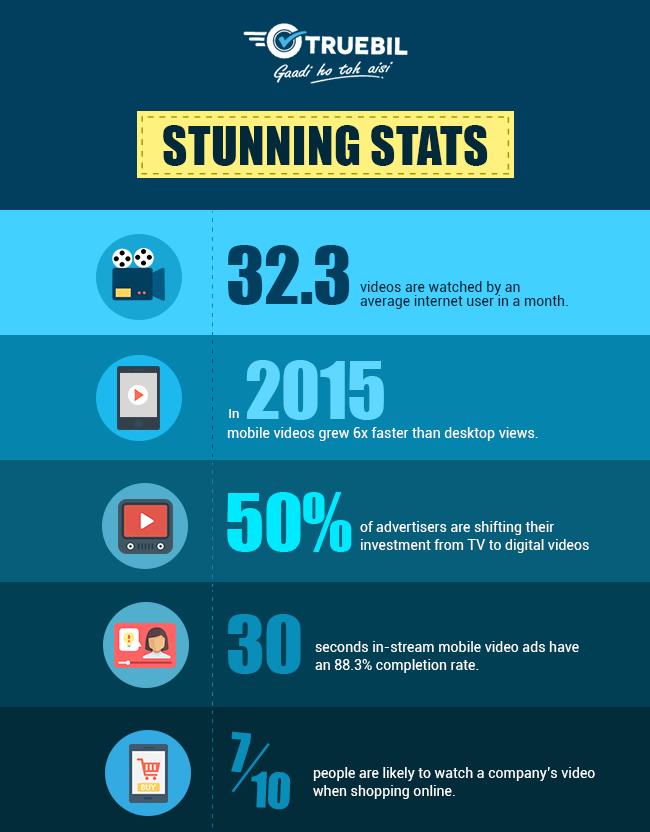 Now there’s a huge difference between clicking on a video and actually finding the content of it interesting and relatable. The wow factor of a video and it’s capability of keeping you glued till the end is what gives it the highest engagement rate. We found out that short film videos are the next big thing, and we decided to utilize this trend. Anything that excites even the tiniest of emotion compels you to share the same with the other. Once a company achieves that, it is sure to drive its message to the targeted viewers. After a study we found out that by 2018, videos will account for 72% of all consumer internet traffic. From 3.1 hours in 2015 the hours of video consumption spiked to 5.8 hours in 2017. 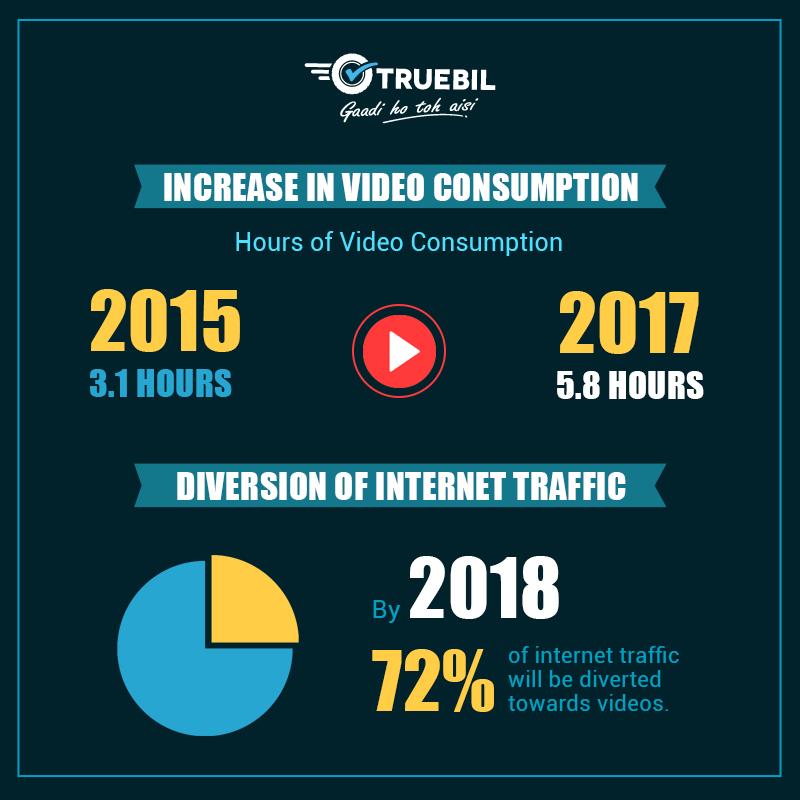 HOW WE DID IT:

Charting a limited amount of finance for a particular video gave the marketing crew a clear idea of what to achieve from it:

WHICH VIDEO TO OUTSOURCE AND WHICH ONE TO NOT

Our expert analysts divided the videos in two essential groups:

One comprising of the Event based videos and the other of the Brand based ones.

EVENT BASED: It is quite evident that much like the event itself, the video created would have a shorter shelf life as compared to a video with a broader aspect and notion. Such videos tend to lose their popularity and views with the end of that certain event eg : 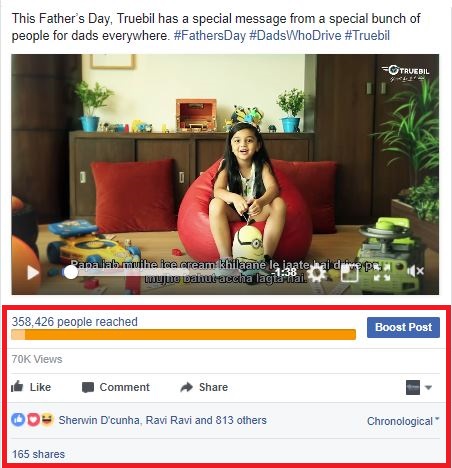 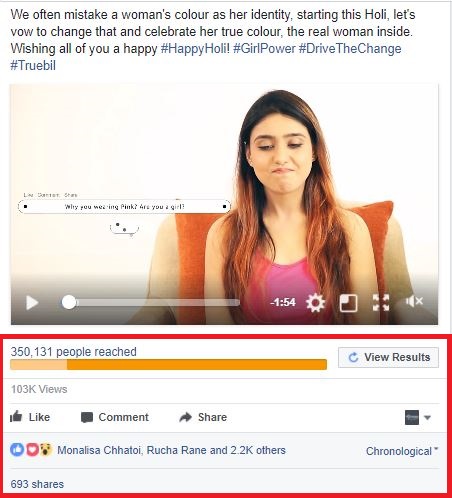 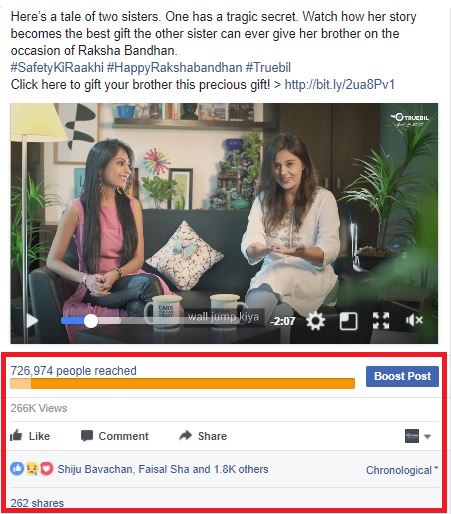 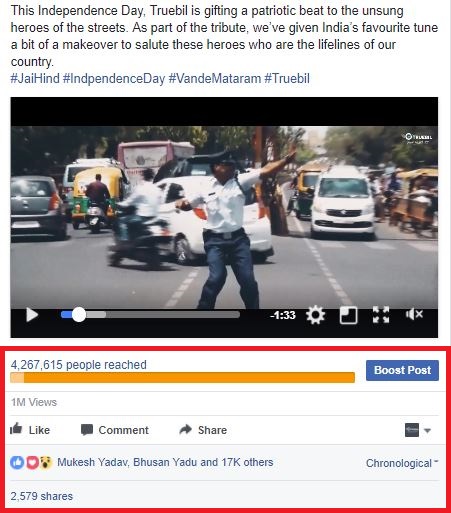 We made it a point to cut short on the cost of such videos knowing it could be put to better use in the following ones. Most videos were shot by our in-house team which comprised of directors, actors, editors who were hungry for experience. They were brought in at half the price to help us out. 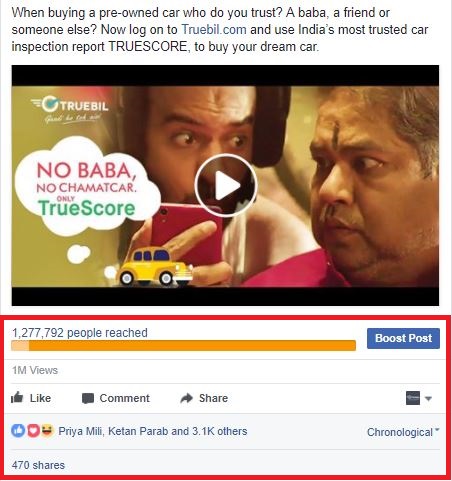 Knowing the importance of such videos that developed the brand value we decided to outsource them, but maintained our tight grip on the budget by participating directly in them to reduce the cost. The outcome was brilliant with millions of views at such a short amount of expenditure.

Well Phoenix looks good in Harry Potter and angel donors do not come in bunches. With the given reality and limited resources, how does a company make the most of it and aim for the stars? We set formed our strategies right at the onset of our journey. Rather than making production heavy videos which require lot of equipments and technical expertise, we stressed on the quality of the content. The reason being, 70% video consumption is happening on mobile phones and due to the small screen size, the video quality matters little less than the quality of content (which is of utmost importance).

The entire procedure of producing such engaging videos with cost effective methods was a challenge indeed, and THE RESULTS:

Having an in-house team of marketing which included creative art directors, content writers, brand managers and cinematographers increased the productivity of videos and web content manifold. We do not need a very high quality production because it is not a film. People can easily watch it in a local train or while lazing in a café. Since each personnel was already experienced in their respective genres, they were able to create the perfect content by putting their ideas together and crafting  one  flawless video/post after the other. Multitasking coupled with keeping a track of what’s taking the virtual world by storm helped in reducing the cost incurred. 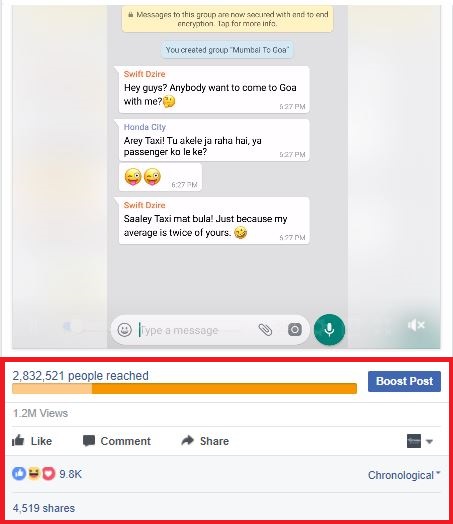 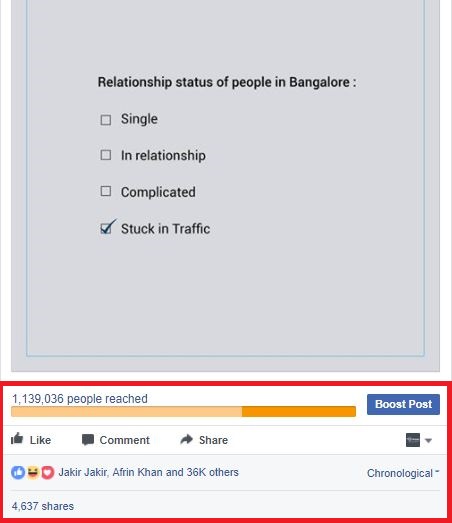 Wastage in employing an army of expensive videographers, photographers, content curators was avoided at once.

Rather than spending heavily on production, Truebil spent wisely on it. We then diverted the rest of the amount to distributing it judiciously.

We were extremely careful in choosing the right kind of medium to increase the visibility of the videos. Youtube and Facebook are undoubtedly two of the most viewed applications in today’s digital world, and exactly this factor aided us in reaching to the targeted age groups. These applications helped us in spreading our videos and posts to every mobile phones and computers, while Instagram helped us sharing the tit-bits of our company scoops. Little moments that made Truebil and its employees the tight-knit family that they are today, were duly uploaded in it, bringing out a mélange of the games played, pranks made, celebrations, farewells, festivities and much more. Thus, we upheld the cordial picture of our company which attracted prospective employees and investors to expand our ever growing family.

Adding a video to any website not only increases it’s visibility rate, it definitely leaves a lasting impact on the consumers. The effect of a video is lasting, engaging, and therefore beneficial for both the consumer and the producer. With the changing trends in the internet pattern video has taken the throne when it comes to marketing, and it seems like it’s there to stay for quite a while. Our ‘grains to gains’ project would probably have not bore fruits if not for the popularisation of short videos, though investment in right places and at the right time did  it’s bit. 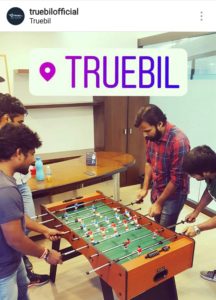 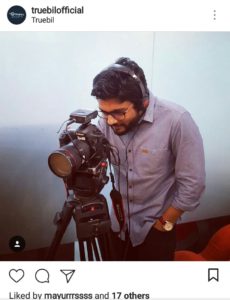 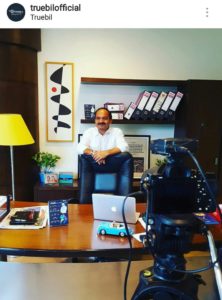 How Safe Is It to Buy Used Cars Online? Kia Motors’ Grand Plans for India