How SUVs/MPVs have journeyed to the Indian Heart

India is land of culture, legends, tradition and grandeur. Everything that is produced in India is made on a monumental scale and from the heart. Right from weddings to the celebration of festivals, India is known to put on a grand show for the entertainment of everyone. However, with a sizeable and rapidly growing middle-class starting to dominate the demographics of the consumer market post the 1970s,

India came to be known increasingly for its prudent spending patterns, with the exhibition of majestic splendour starting to become a rare sight. There was a strong emphasis laid on the benefits of family planning by the government of India, which saw the size of the ‘Great Indian Joint Family’ decrease with the passage of time.

The automobile industry had existed in the India since the early part of the 20th century. The country saw a proliferation of hatchbacks in the latter half of the 20th century though, so much that it earned India the moniker of ‘Hatchback Country’. However, with the turn of the millennium, the developments in family planning and the economic potential brought about by the recent liberalisation agenda empowered and emboldened the populace to progress into the roomier and more powerful segment of the automobile industry- The 7-Seater Suburban Utility Vehicle (SUV) or Multi Purpose Vehicle (MPV).

Birth of the SUV

The SUV or the MPV is a spacious and rugged automobile that is built on a light truck chassis but is extremely similar to a station wagon. The enhanced traction and suspension systems in the SUVs provide them with an on-road as well as off-road capability. Developed in the initial stages as a military vehicle such as the World War 2 Jeep, the SUV has come a long way to cater to the demands and preferences of the typical modern day individual. Some of the first few SUVs to emerge from the Indian automobile industry were the Tata Sumo, the Toyota Qualis, the Mahindra Commander and the Tata Safari. The Tata Safari, introduced in the year 1998, was the first SUV that was entirely designed, developed and fabricated inside the country. 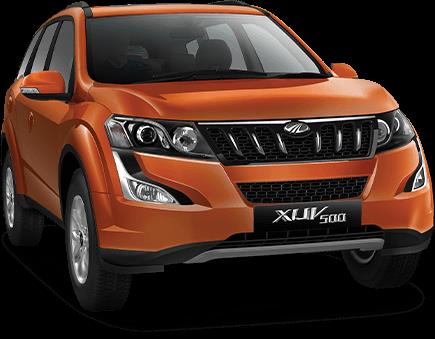 The multiple terrain capabilities of the MPVs and the SUVs were perfectly suited to a country that was traditionally agrarian but facing a tremendous growth in the urban regions. The second phase of the Green Revolution which empowered the rural sections of Northern India financially, led to the development of a new class called as ‘Suitcase Farmers’, the members of which were the prime supporters and admirers of the Multi Purpose Vehicle, a trend that is quite evidently visible even today.

Up until the 1990s, most of the automobile giants in India such as Mahindra and Mahindra were assembly companies. They would manufacture SUVs that were designed for foreign country roads, with minor modifications. However, understanding the need for an indigenous development of automobiles in the Indian SUV segment, the companies began to rope in experts from all across the country and outside; ones who had tremendous experience in the global automobile industry. The Mahindra Scorpio was one of the first indigenously made SUVs that was designed to be competitive, not only in India, but in the international automobile market as well.

India has seen numerous manufacturing facilities being developed by the automobile companies across its entire length and breadth. Indian-made SUVs have managed to receive international recognition and praise from various car magazines and at global auto-expos. With automobile behemoths such as Audi, Mercedes and BMW expanding their presence and the competition in India, it can only be seen as an encouragingly positive development for the future of the SUV in India.

Charged up for an Electric Ride! Watch with bated breath the Cars of Fast and Furious 8