In the highly contentious debate on environmental pollution, the focus has slowly shifted from industries to automobiles. The automotive industry is being increasingly looked at as the single biggest entity that contributes to, and hence, can have a significant impact on the carbon footprint. From its inception to the time it’s finally scrapped, an automobile leaves its impact on the environment at every stage, in multiple ways. No wonder, then, that the industry is being viewed with distrust by environment warriors.

Fortunately, the industry has slowly woken up to the need to counter this and reduce its carbon footprint. Hence, green vehicles. From a decade ago, when green vehicles were more the exception than the norm, to the current time when more and more manufacturers are spending huge resources on creating ‘the ultimate green vehicle’, the industry has come a long way. Of course, a growing awareness amongst consumers and an inclination to switch to lower-impact cars has played a big role in this paradigm shift.

Due to the increasing clamour for green vehicles, auto behemoths are spending a lot of money and time on R&D. So, the industry has grown to the level where customers have a multitude of options to choose from – electric cars, solar cars, hydrogen cars and hybrid cars. Electric cars use electric motors instead of internal combustion engines, while allowing customers the use of chemical energy in rechargeable batteries. In a hydrogen car powered by hydrogen, customers have the option to burn hydrogen directly in the engine through combustion conversion process or convert hydrogen into electricity through fuel-conversion process. Solar panels installed on solar cars capture solar energy and convert the solar energy into electricity. Lastly, hybrid cars combine an electric motor and an internal combustion engine. Despite using petroleum or diesel, hybrid cars emit lesser amount of greenhouse gases than conventional cars. The energy efficiency of individual green vehicles differs. As a rule, small vehicles are more energy-efficient than large vehicles and owners can determine the energy efficiency of each green car by checking its miles per gallon (MPG). 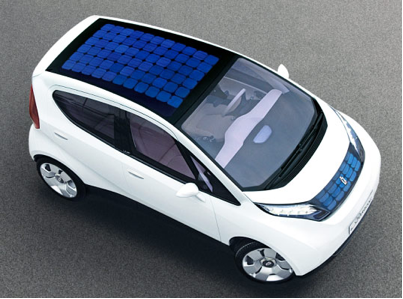 Unlike conventional cars, green cars do not require the owners to burn fossil fuels. Hence, the cars do not cause any damage to the environment by emitting greenhouse gases. At the same time, these vehicles are more energy-efficient and cost-effective than conventional vehicles. Also, the owners can reduce fuel bills by using renewable energy instead of petroleum and diesel.

Today, when global warming has been identified as the biggest enemy of life on earth, green vehicles are being seen as not only a savior for the planet, but also the conscience-keeper of mankind.

Despite all their virtues, each type of green vehicle has its own shortcomings. For instance, electric cars require owners to recharge the batteries frequently. Hydrogen cars are more expensive than other green cars, and have high running costs. Solar cars lack the capability to cover long distances unless they are exposed to the sun intermittently. As a result, many drivers opt for hybrid cars to cover long distances efficiently without increasing fuel consumption and greenhouse gas emission. However, the combination of conventional and green vehicle technologies makes hybrid cars more complex. The users have to incur additional maintenance and repair expenses to operate the hybrid cars smoothly.

Automobiles produce more than 30% of the total air pollutants. Toxins produced by them adversely impact the health of all living beings on the planet. Most environmental studies across the world have repeatedly thrown up this industry as the largest contributor to environment pollution. That is the reason behind the sustained effort to produce a healthier, greener alternative. While the options available right now are not cost-effective enough to replace traditional cars, the dream of a healthier alternative seems closer than ever, thanks to some auto majors who are committed to a better life on this planet.

For the Love of Vintage cars A Mystical Journey to Tawang