Flying Taxis – The When and How

Life is so much more convenient today with the cab services becoming a reality all over the country. All you have to do is bring out your cell phone, hail a cab to the destination you want and the cab rolls down your street in a jiffy. But what if instead of a car, a flying taxi landed right outside your home? Seems too farfetched? Well, not any more.

Uber and NASA have joined hands for a project together, better known as the “Flying Taxi”. The company that revolutionized the cab services on ground, is working in collaboration with the US Space giant on a project titled ‘Uber Elevate’, towards developing software to manage ‘flying taxi’ routes in low altitude airspace. 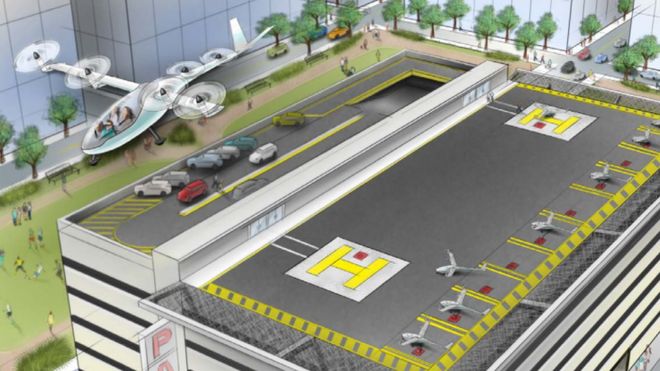 Jeff Holden, CPO Uber, announced that UberAir is targeting the trial of flying taxis in Dubai as well as select US cities like Los Angeles, and Dallas Fort/Worth in 2020. This would be done by testing four- passenger, 200 miles per hour flying taxi services across Los Angeles. Thus, after trial and demonstration flights, urban air mobility might soon be a part of our lives by 2023, with totally automated, driverless flights going forward. The ‘flying vehicles’ could reduce the commute time for an urban traveler to less than a third of the time by road transfer.

While Uber is trying to employ the electric vertical take-off and landing (eVOLTS) technology for its flying vehicles, NASA is working with several other companies to put in place the safe operation of unmanned aerial systems (UAS) (like drones) at a low altitude. The takeoff, landing and recharge will happen upon a network of ‘vertiports’ (launch pads) that will be installed on top of parking spaces, existing helipads, or on unused land. Uber is striking deals with aircraft manufacturers and real estate companies to set up takeoff and landing sites.

In line with its ground rules, both literally and otherwise, Uber is not building the aircrafts itself. The company is working in close unison with manufacturers like Aurora Flight Sciences and some others like Mooney, Bell Helicopter, Pipistrel Aircraft to develop aerial vehicles for them, which shall look like a hybrid of plane and helicopter with fixed wings and tilt prop-rotors.

Uber envisions a passenger booking a flight from his/her smartphone, and then ascending to the nearest rooftop launch pad alongside other passengers to board a waiting Uber flight. 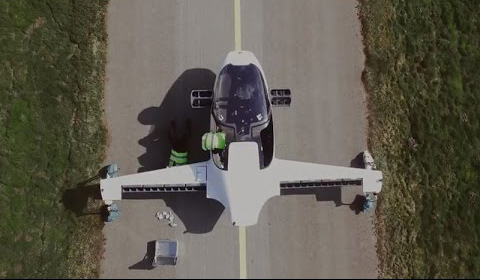 Around the same time as Uber’s announcement, comes Lilium’s Eagle, a two-seat eVTOL craft that has just completed its first round of unmanned flight tests. The Eagle operates at a high speed of 186 mph and about that many miles of range on a full charge. The company is working on a five-seat version with a greater number of jets and larger wings, that can potentially be used as an air taxi. Lilium is planning the first manned flight in 2019, with a rollout of commercial air taxis by 2025.

Meanwhile, Dubai seems all ready to steal a march over the rest of the world by launching the first ever flying taxi, dubbed the Volocopter. Backed by the German giant Daimler, Volocopter will begin with a five-year-long pilot program by the end of this year.

Now, aren’t you wishing the D-day would arrive soon in India too, making traffic jams history? After all, we all are waiting for the day when we can have a smooth ride in life!

2017: The Advent of the Automotive Ultra-Modernity 7 Cars you can look forward to in the Indian Auto Expo 2018