Charged up for an Electric Ride!

Practical models of Electric Cars were designed and manufactured as long ago as the end of the 19th century. However, it was only with the recent revolution in the field of battery design and the growing concerns regarding the damage caused by internal combustion engines to Mother Nature that Electric Cars have been allowed to step into the limelight.

Apart from the discernible benefits such as a lower carbon footprint (manufacturing included) and quieter engines, Electric Cars possess a multitude of other benefits that make a strong case for their advertisement.

What is an Electric Car?

An Electric Car is an automobile that runs with the help of one or more electric motors which use the electric energy stored in devices such as rechargeable batteries. Although there are a host of different electric vehicles custom designed for certain specific purposes, the term ‘Electric Car’ is most often used to describe the automobiles that can run on highways and have an on-board battery pack installed in them. There have been further classifications made such as the low-speed Neighbourhood Electric Vehicles (NEVs) and the Micro-cars as well as the solar powered ones, depending on the different functional features and energy sources of the automobiles.

What are its advantages?

The cars run on electric motors which provide instant torque, allowing for an impressively smooth acceleration. Electrical engines, as compared to internal combustion engines, are relatively much more energy-efficient due to a negligible loss of energy in the form of heat. The proliferation of fast-charging stations in countries such as the United States of America have managed to allay the fear in the minds of the common public with regards to running out of energy and getting stuck in the middle of nowhere. With time, the benefits of switching over to an electric vehicle are sure to outdo its apparent disadvantages.

Are these cars too pricey?

Although the high purchase costs of the Electric Cars continue to be a bone of contention in increasing their desirability amongst the consumer market, the hopes of falling prices as well as of finding suitable cheaper alternatives for the Lithium-ion batteries used in the cars paints a brighter picture for the future. With the winds blowing favourably, automobile and energy giants such as Tesla have started investing heavily in the production of Electric Cars. Not wanting to be left behind, automobile companies such as Ford, Chevrolet, BMW and Mercedes have also picked up on the trend, bringing in advanced electric models such as the Chevrolet Volt and the BMW i3 into the market.

Do these cars have a potential market in India? 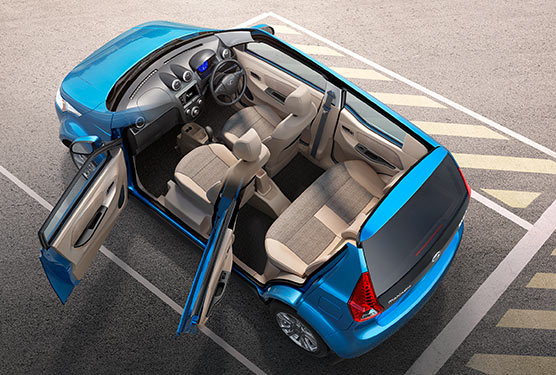 Countries like India, rightly recognising the immense potential and benefits of Electric Cars, have started encouraging the production and purchase of the automobiles domestically. The government of India understands well that the growth of the electrical car industry is sure to help the country reduce its dependency on imported oil to a certain extent. With a number of incentives and subsidies under schemes such as Faster Adoption and Manufacturing of (Hybrid &) Electric Vehicles in India (FAME) being extended to the people of India, the government hopes to achieve high standards of electric mobility by the year 2020. With manufacturers such as the Reva Electric Car Company (RECC) leading from the front and many others joining in, India, along with the entire world, is heading in the right direction – towards a greener future.

Anyone up for hands-free driving? Tesla Autopilot is here! How SUVs/MPVs have journeyed to the Indian Heart