Asia’s largest automobile exhibition, ‘The Auto Expo Motor Show’, was organized at the India Expo Mart in Noida from the 9th to the 14th of February, 2018. A joint endeavour of the Confederation of Indian Industry (CII), Society of Indian Automobile Manufacturers (SIAM) and the Automotive Component Manufacturers Association (ACMA),

The Auto Expo has been presenting a sneak peek into the most innovative cars and concepts from across the world, for many years now. This year, companies such as Tata Motors, Maruti Suzuki, Mahindra and Renault showcased their newest car models and concepts, with a special focus on the Electric Vehicle segment.

As always, the futuristic looking ‘Concept Cars’, displayed to gauge the reactions of the masses towards futuristic ideas, steal the show every year and this year was no exception either. With over 500 products on display at the exhibition, including about forty launches and unveilings, the 18 futuristic concept vehicles still managed to grab eyeballs throughout the duration of the exhibition. We take our picks from the finest of these futuristic machines at the Auto Expo 2018.

Completely designed in India, Maruti Suzuki finally unveiled the much awaited ‘Future Concept S’, the company’s answer to the Renault Kwid in the entry level segment. A crossover between a hatchback and an SUV, the Future Concept S is bold looking, adventurous and is expected to come in an electric variant as well. With snazzy headlights, colour combination of orange and pearl-white and a sleek sculpted grille on the front, the micro-SUV turned more than quite a few heads throughout the duration of the Expo. Expected to be launched in the first half of 2019, the Maruti Suzuki Future Concept S is sure to give its competition, such as the Ford Freestyle and the Mahindra KUV100, a run for their money. 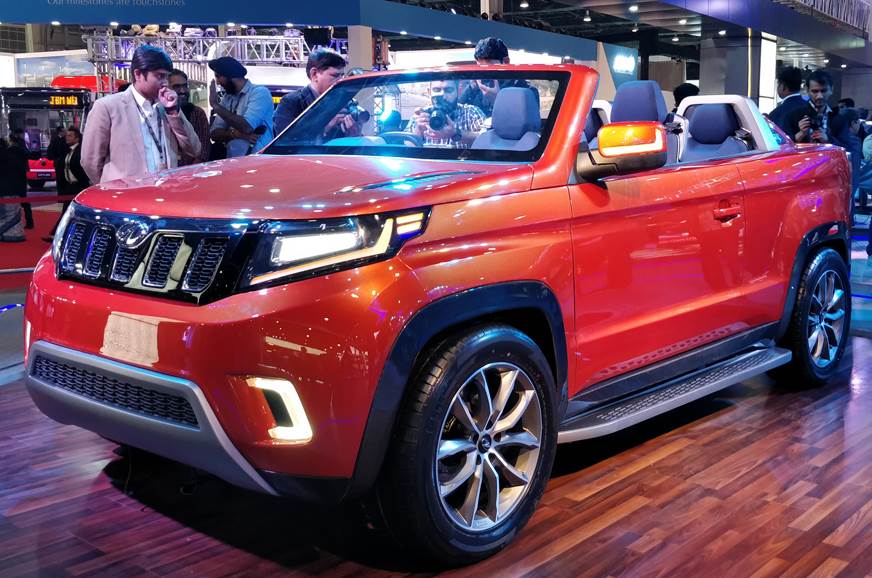 Among the crossovers dominating the Expo, the Mahindra TUV Stinger was a concept combining the ruggedness of a SUV with the flamboyance of a convertible. Powered by Mahindra’s 2.2 litre mHawk engine, the TUV Stinger packs 140 BHP under its hood, giving it an impressive 320 Nm of torque. The 4-seater TUV has a 2-door model, with the lighting at the front and rear having been inspired by the Mahindra Scorpio. Sealing its appeal for the young and bold, the Mahindra TUV Stinger definitely lives up to the motto of ‘Live Young Live Free’ that the company advertises. 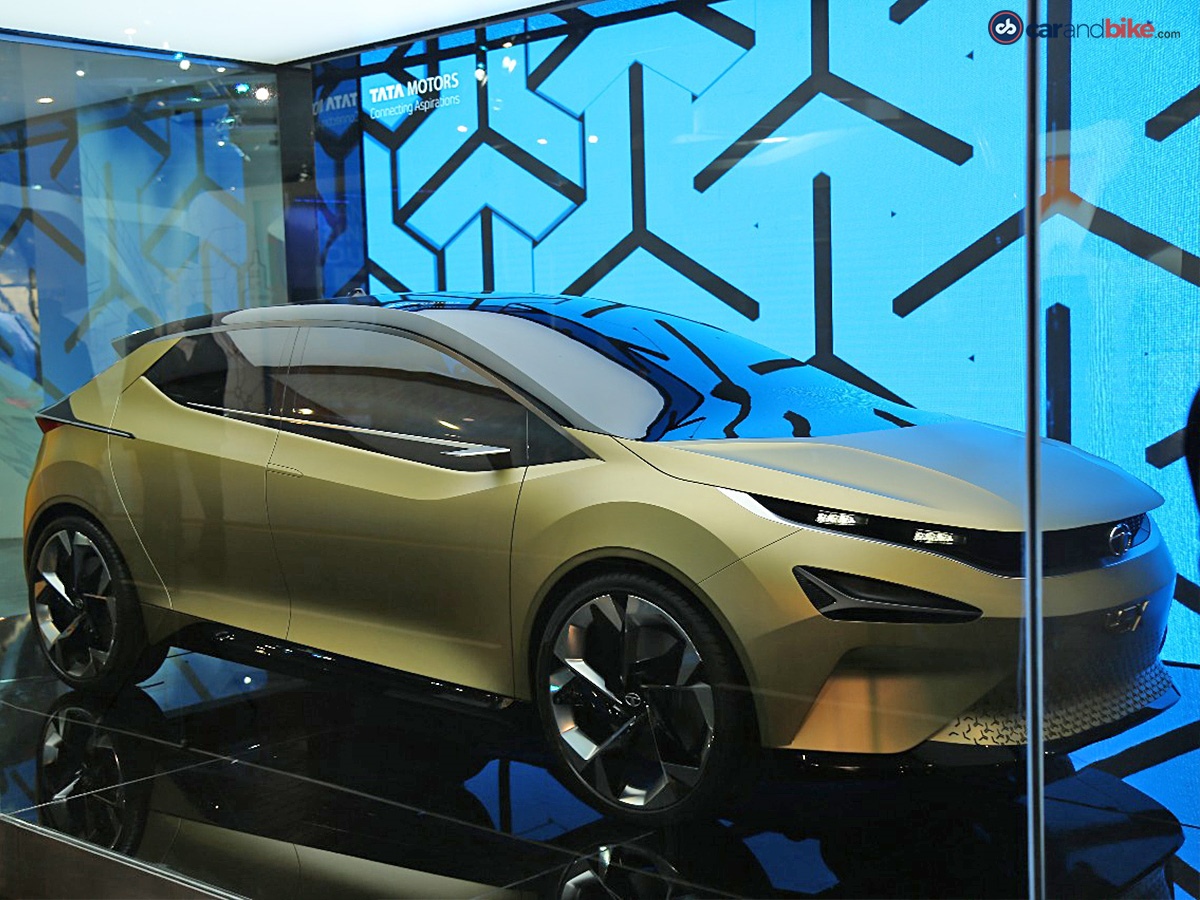 The Tata 45X (codenamed X451), displayed in a glass box at the Auto Expo 2018, is a premium hatchback from Tata Motors that is built on its AMP platform and with ‘Agile Light Flexible Advanced’ architecture. With sharp, futuristic features and the availability of an electric model, the Tata 45X is all set to hit the market in 2019, challenging the likes of the Honda Jazz and the Hyundai Elite i20. 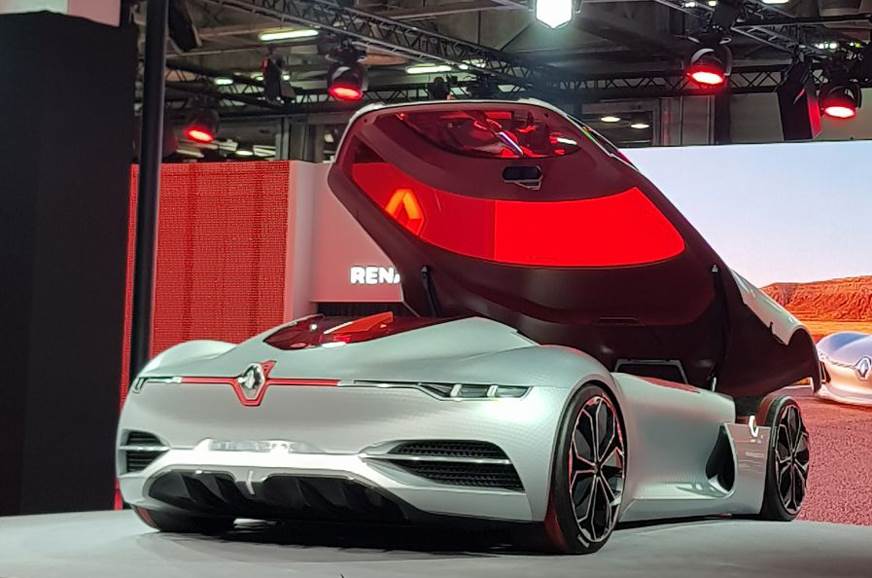 Unlike the others on this list, the Trezor by Renault is purely a concept car that is to be entirely electrified as well as autonomous. This two-seater coupe, aptly named after German and French words for ‘Treasure’, will have the latest technological advancements built into it, along with many futuristic looking hexagonal design elements. The entire top panel of the automobile lifts upward, very much like some versions of the ‘Batmobile’, making way for the driver to enter. No prizes for guessing which concept was the star attraction at the expo! 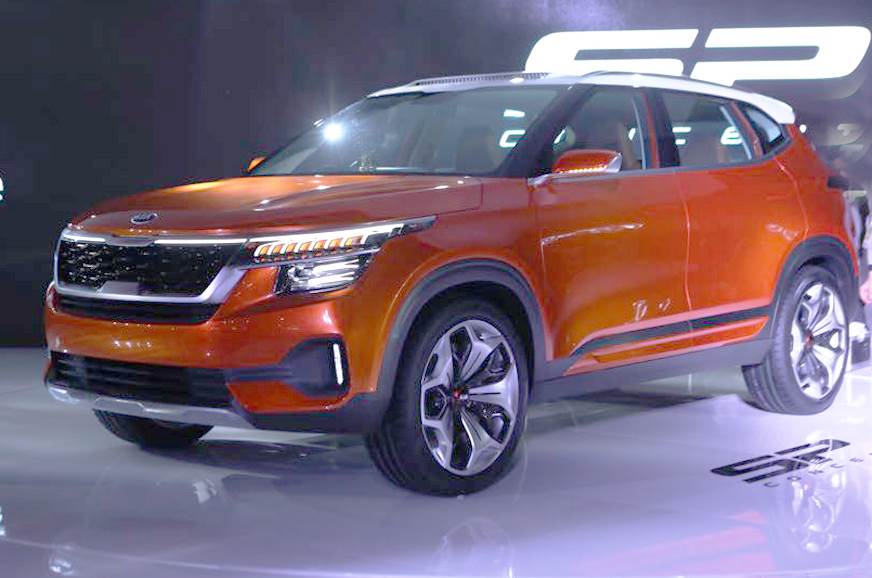 The SP Concept was an entry at the Auto Expo 2018 from one of the latest entrants in the Indian automobile market, the South Korean KIA Motors. Launched to rival its sibling from Hyundai, the Creta, the SP Concept has a very trendy, modernistic design and technologically adept interiors to match. To be manufactured at its plant in Andhra Pradesh and to be launched by the second-half of 2019, the SP Concept will feature a 1.6 litre diesel engine and the new 1 litre direct injection mill under its hood. We’ll be keeping an eye out for this newest entrant on the Indian automobile scenario.

The above mentioned beauties and beasts being concept cars, we can only hope to see these modern, majestic machines soon on the Indian roads. Till then, drooling over them at exhibitions such as the Auto Expo 2018 will have to suffice.

Vintage Wheels on an All-India tour? Link your Driving License to your Aadhaar