Good news for car drivers in India – after a successful invasion of urban homes, Amazon’s virtual assistant Alexa is all set to ride along in your car to work. The device known as the Echo Auto is an ingenious standalone device that provides all the benefits of a conventional Alexa-enabled smart speaker.

With this device, Amazon hopes to make driving more manageable. So if you are someone who spends more time driving in your car than actually at home, the Echo Auto may just be a better buy than the standard smart speaker.

The Echo Auto mounts onto the dashboard and plugs into the car’s USB port. The Echo device uses your phone’s data connectivity for voice activation via Bluetooth and operates through the Amazon Echo app. The eight microphones in the Echo Auto ensure that commands given by both, people sitting in the front and rear seats, are understood despite any background music, or ambient and road noises.

This device claims to have over 50000 skills from third-party developers, however in terms of native features here are some of the most useful 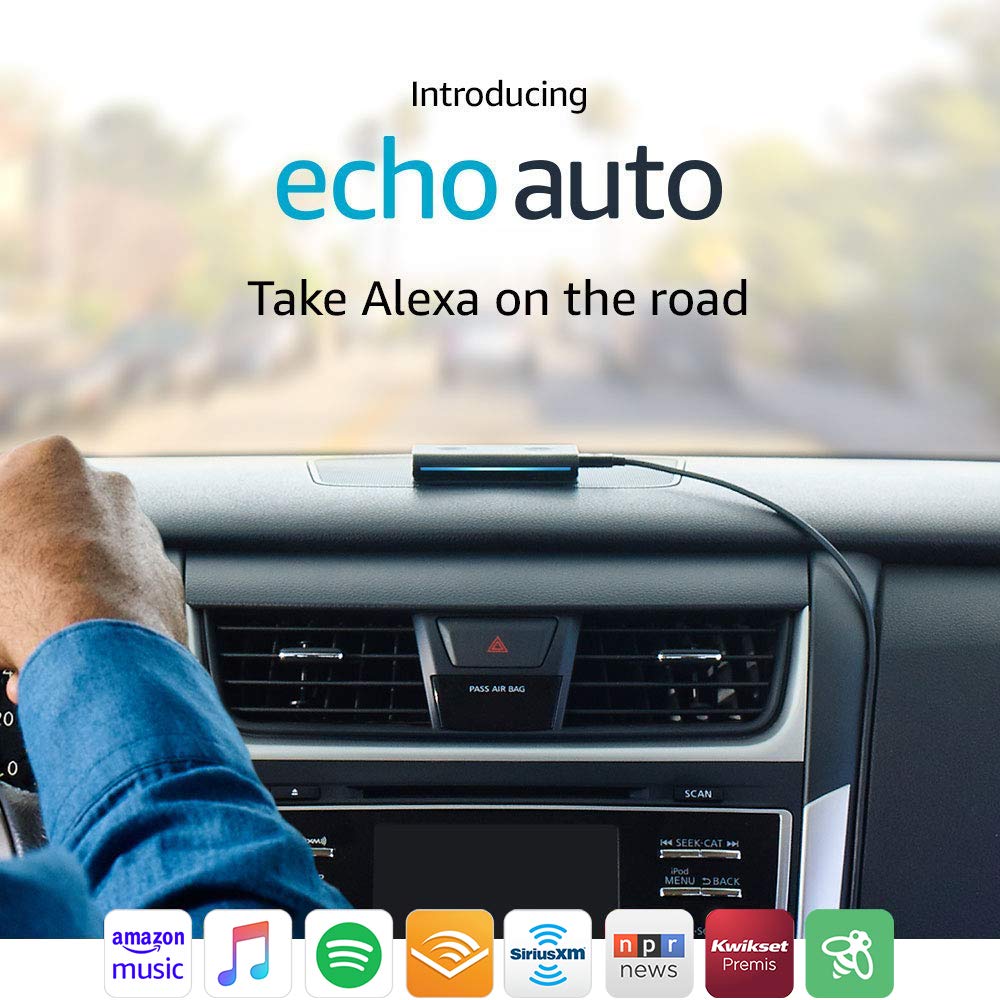 The Pros & Cons of the Amazon Echo Auto

One might argue that there already exist car infotainment systems or phone apps that perform most of these functions, but considering that this device is voice-cued, it ensures less fumbling with buttons and touchscreens, providing lesser distractions and better safety for drivers.

Obviously, the Echo Auto competes with in-car platforms like Apple CarPlay and Android Auto. However, unlike the latter two which are dependent on the iPhone and android phone (respectively) to work, the Echo Auto is portable and more versatile and can be connected into almost any phone that’s compatible with its App. Additionally, the Amazon device at full roll-out is expected to be priced at $49.99 which is way more affordable than platform-dependent alternatives like Apple CarPlay and Android Auto which are add-ons costing anywhere between $300–$400 plus installation.

In terms of cons, currently the Echo Auto is being offered by invitation only, which can be quite frustrating for keen buyers. Secondly, the virtual car assistant is not compatible with smartphones from certain brands such as ZTE, HTC, Huawei and the LG Nexus 4.

Barring these few limitations though, the Echo Auto definitely provides a much better and safer driving experience at an affordable price.