Haven’t we all wished for our favourite tall-boy vehicle from Maruti Suzuki, the Wagon-R, to be a tad bit longer so that more of our family and friends could be accommodated in it? Maruti Suzuki has been flirting with the idea of introducing a 7-seater model of the Wagon-R on Indian roads for quite a while now.

Based on the Wagon-R, the Suzuki ‘Solio’, as it is known in the South and East Asian markets, is already quite a rage in Japan and Indonesia. And now, the new 7-seater Wagon-R will be produced in India from the recently constructed Suzuki plant in Hansalpur, Gujarat from September 2018, and is expected to hit the roads by the end of this year.

Bringing the Solio to India

Longer than its 5-seater counterpart that stands at 2.4 metres long, the Solio, at 3.7 metres, is still a sub 4-metre mini-MPV and will provide fierce competition to its closest rival in this segment in India, the Datsun Go Plus. The new 7-seater Wagon-R will be based on the company’s latest Heartect platform and will be compliant with all the ‘Bharat New Vehicle Safety Assessment Program’ norms that are to be introduced later this year.

The new 7-seater Wagon-R will have exteriors similar to the Wagon-R, albeit with lots of chrome finishing, especially in the radiator grille and the rear. The interiors of the new 3-rowed Wagon-R will have dual-tone upholstery and a state-of-the-art touch-screen infotainment system, similar to the one in the company’s new Dzire, as well as a multi-functional power-assisted steering wheel. 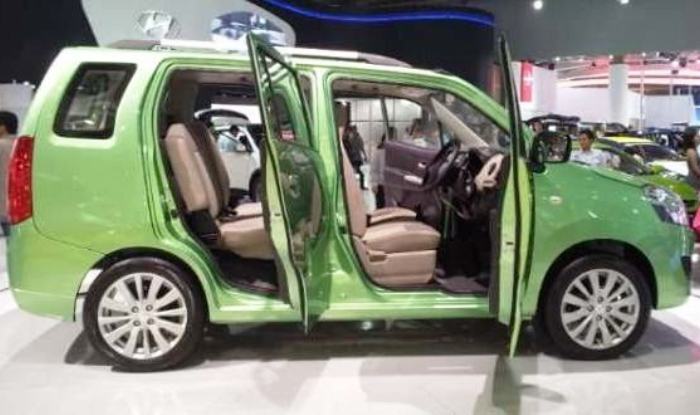 While the Suzuki Solio, in Japan, is equipped with a 1.2 litre petrol-hybrid engine that provides it with an impressive 90 BHP and 118 N-m of torque, the 7-seater version built for India will have two options. The first option will involve going for the triple cylinder 1-litre petrol engine, with 67 BHP and 90 N-m of torque that is used by the 5-seater Wagon-R already; and the second option will involve opting for the more powerful 4-cylinder 1.2 litre petrol engine that is currently being used by the company’s Swift and Baleno models. Apart from the K-series gasoline models, Maruti Suzuki is planning to launch CNG and LPG models for certain market segments in the country, while also toying with the idea of launching a diesel model for the 7-seater Wagon-R.

The Wait for the Wagon-R 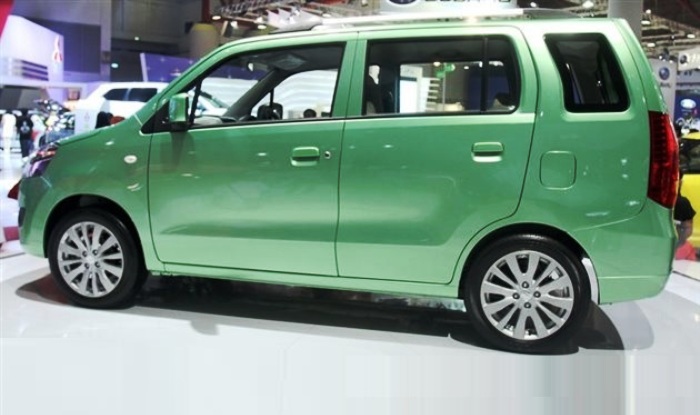 Looking at the success of the Wagon-R 5-seater hatchback in India, the company would want to keep the Wagon-R brand on its nameplate. It is expected to introduce the 7-seater as the Wagon-R R3, instead of the ‘Solio’ as in other markets globally. Amidst the entire buzz generated by its latest mini-MPV, Maruti Suzuki is also planning to launch the new Wagon-R that was recently showcased at the Auto Expo 2018, complete with its snazzy makeover by the end of this year. Seems like it is going to be the year of the Wagon-R, doesn’t it?