The year 2018 is just around the corner now, and autonomous driving is no longer a figment of our imagination. Features like lane keep assist and self -breaking systems already fall under the label of driver-assist functions and are part of our automotive existence.

We already had cars that can stop, steer and accelerate independently, but with autopilot systems as introduced by Tesla, autonomous driving capabilities have improved overnight. If that was not enough, some of the car functions projected for next year appear to be from the distant future. And some advancements that are part of higher end cars are set to become main stream. Here are 5 features that might be available for the masses in 2018.

Talking cars – Sophisticated safety systems like vehicle-to-vehicle and vehicle-to-infrastructure communication is a feature companies like BMW and Volkswagen are working on. It’s a type of technology that allows cars to talk to other cars as well as infrastructure like traffic lights and share safety information about warnings, traffic and road conditions in real time, alerting drivers to dangerous situations.

Hands free driving system – The super cruise system being launched by General Motors as a standard on the top-end Cadillac has been positioned as the leader in the semi-autonomous driving segment. The system is said to control steering, braking and acceleration in certain situations. In addition, it allows the driver to take his or her hands off the steering wheel and feet off the brakes if required whilst driving. The Cadillac’s system has additional safety features that can monitor the user’s facial and eye movements, thus sensing if the driver is asleep or inattentive. It is programed to alert the driver through a series of audio and visual warnings, and should he or she still be unresponsive, the system can bring the car to a safe halt. 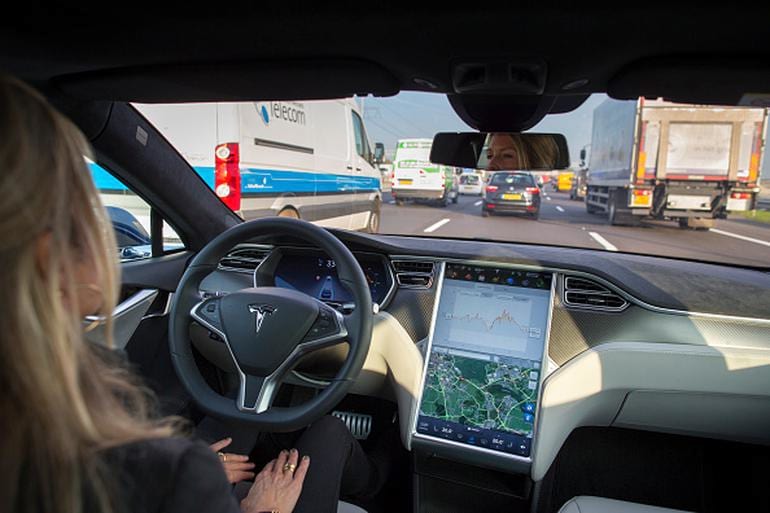 Finding a Parking Space – A major stress point for any motorist who lives in a crowded city is parking. Although todays cars already have self-parking systems in place, cars like BMW and Ford Mustang have gone one step ahead to solve this problem. They have incorporated an app that allows car owners to reserve and pay for parking in many cities across USA and Canada.  The technology would permit locating both available on- and off-street parking, and airport and event reservations based on current GPS coordinates.

Blue tooth connectivity – Blue tooth features have become increasingly common in newer car models, however mobile phone syncing is still seen as quite a challenge. Many car manufacturers are looking to make this process smoother. Honda hopes to make it a one tap procedure via a Near Field Communication (NFC) technology through its redesigned midsize Accord sedan. Volvo also has plans to replace car keys with the smart phone through use of Bluetooth connectivity. This technology will allow your car to detect your smartphone and unlock the vehicle.

Augmented reality Manual – Soon, flipping through pages of a manual will be a thing of the past. Augmented reality has now been introduced in luxury cars like Hyundai’s Genesis. They have digitized the car manual in 2-D and 3-D tracking technology which allows the user to just point a phone or tablet at the car’s particular system or function to understand how it operates.