2017: The Advent of the Automotive Ultra-Modernity

In this era of ceaseless innovation, no industry can afford to get comfortable with the conventions of the past. As the attention span of the everyday consumer grows shorter with time, the need to stay abreast of the competition grows even direr. The year 2017 has seen quite a few emerging trends in the automotive industry that have managed to awe the consumer and influence sales patterns. We have listed below for you, some of the most incredible and promising automotive trends of today.

Augmented reality has affected areas of the automotive sector in numerous ways, ranging from safety to aesthetics. Explained best by the recently popularized game application called ‘Pokemon Go’, augmented reality has aided the development of more efficient car designs and driving mechanisms. Virtual Reality, as in the case of the virtual showrooms unveiled by Audi in London, has provided consumers to gain a nearly realistic experience of their prospective car purchases. Potential buyers can now open car doors, take a 360 degree view from the inside and even appreciate the simulated sounds of the engines.

With technological giants such as Tesla and Google entering the automotive market, ideas such as self-parking, gesture control and adaptive cruise control have no longer remained a chimera. With the use of cameras, sensors and technologies that prevent lane deportation, driving has become a safer and altogether more comfortable phenomenon while applications such as Apple CarPlay and Android Auto have managed to make it more personalized and entertaining. Although completely autonomous cars are yet to hit the road, novel concepts such as Platooning, wherein driverless cars follow each other, thereby reducing road congestion, are being deliberated and experimented upon. 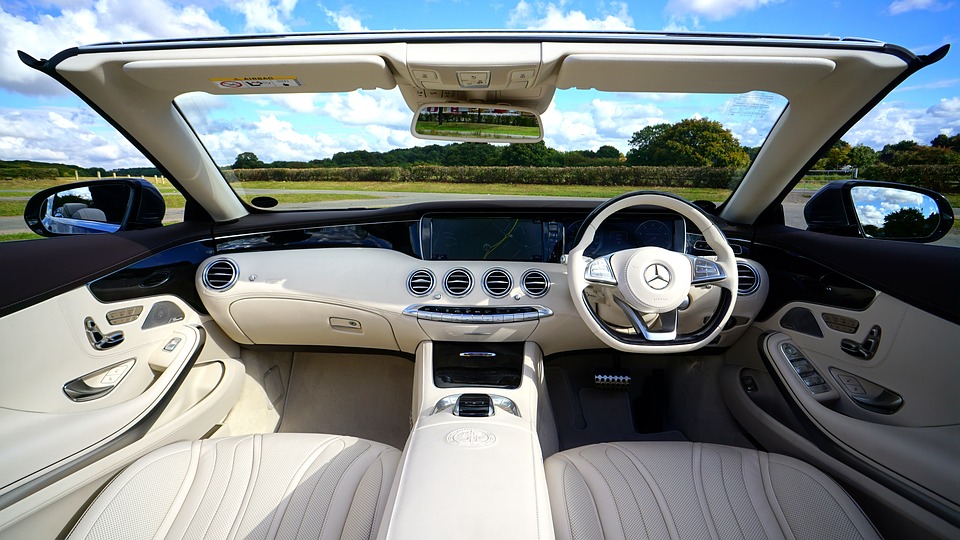 With automotive accidents happening in the split of a second, the real-time accessibility of data is of crucial importance. Through the use of technologically advanced self-diagnostic systems, cars are now able to instantly alert the driver of any complications in the vehicle. An excellent example would be the Tyre Monitoring System implemented by Michelin, which provides real-time over-the-road analysis of the performance of the tires, using telematics and predictive analysis.

The latest technology to revolutionize the production industry is 3D printing and it has not failed to make an impact on the automotive sector either. Cost effective and easy to design, 3D printing is used to build a sturdy chassis that not only survives the tremendous impact of a car crash but is easily replaceable, making it akin to a changeable skeleton for the car’s segments.

The Supply Chain mechanism in the automotive sector has experienced its most recent innovation in the form of the ‘Blockchain’. With the use of cloud servers and artificial intelligence, Smart Factories have been created that manage the scheduling and workflow of production while also providing checks and balances against the entry of counterfeit parts into the car systems.

The roadmap of the automotive industry is currently undergoing its most innovative period in recent history and we can be sure that flying cars of the future will not seem as utopian to the current generation as it did to the previous ones.

Get your car winter-ready Flying Taxis – The When and How